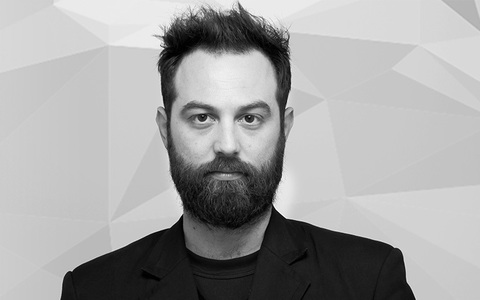 Stelios Chondros was inspired by fashion and beauty after spending numerous hours at his uncle’s hair salon in Athens. His fascination for precision and technical excellence saw him relocate in London to re-train at the legendary Vidal Sassoon Academy. He soon became part of the prestigious Vidal Sassoon Salons and Academies educational team in London, where he spent five years travelling and promoting Sassoon, working alongside the creative team on seasonal collections, teaching and inspiring students and staff across the world, styling hair with the editorial team and cutting high-profile clients' hair. After working with some of the most prolific and influential people of the industry, Stelios left to pave his own path in hairdressing. Appointed Creative Director of Vision in the heart of the fashionable East End, he became involved in their advertorial campaigns and established a clientele of musicians, designers, artists and models. His talent has received industry acclaim with him winning South Regional at Wella Trend Vision (Young Category) 2009 and being a finalist in Redken NYC Awards (Runway To Reality) 2012. As well as being featured in leading international publications such as Vogue UK, French Vogue, Love, W and Dazed and Confused, Stelios is also in demand to work at Fashion Weeks in London, Milan, Paris, Berlin and Athens for shows such as Burberry, Vivienne Westwood, Paul Smith, Stella McCartney, Cavalli and Hugo Boss. He is a key member of the hair teams of Sam McKnight, Malcolm Edwards, Neil Moodie, Raphael Salley, James Pecis, Naoki Komiya and Panos Papandrianos. He has also worked on an impressive list of look kook and campaign clients including Burberry, Maison Martin Margiela, MAC, Rimmel, Rag and Bone, Jitrois, Esprit, Macy’s and Net-a-Porter.

How To Style A Flat Wave Using Flat Irons

How To Cut A Long Square Layered Hairstyle Video Tutorial