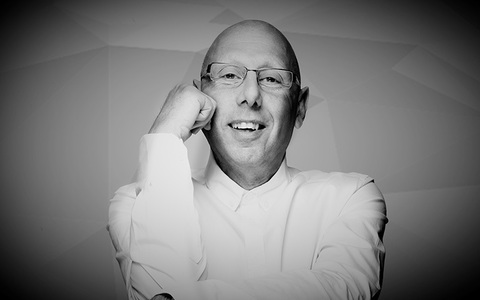 Michael Cohen originally trained to be a hairdresser at Vidal Sassoon in 1969, which at the time was under the art directorship of the legendary Roger Thompson.  Michael is currently working as a hair consultant on training, business and curriculum standardisation globally.

Michael Cohen originally trained to be a hairdresser at Vidal Sassoon in 1969, which at the time was under the art directorship of the legendary Roger Thompson.  Michael worked as a manager and staff trainer in a number of Sassoon salons and schools, quickly rising through the ranks and working with iconic art directors such as Christopher Brooker and Tim Hartley. In the late 80s he was appointed Director of Staff Training with the responsibility for training Vidal Sassoon staff in London and subsequently was promoted to the position of Principle of the London Creative Academy, Vidal Sassoon's most prestigious facility. At the academy Michael was responsible for training other teachers creatively, maintaining standards of teaching, curriculum design and organising seminars and shows internationally, working alongside Stacey Broughton, Richard Ashforth, Annie Humphrys, Tracy Hayes, Edward Darly, Frank Taylor, Mark Hayes, Andrew Gilbert and Danielle Harvey. He was a key figure in the smooth running of and development of course systems within the Vidal Sassoon business structure. Michael worked at London and Paris Fashion Weeks, with designers such as Rifat Ozbek, Helen Story, Ghost, Edina Ronay, Michiko Koshino, Tomasz Starzewski and Katherine Hamnett.  Michael then set up his own salon CMC in December 1997, which quickly established a strong reputation for creativity, good service and high standards. Michael successfully developed his business to extend to international seminars and shows travelling to Argentina, Uruguay, Spain, Italy and Croatia. Michael is currently working as a hair consultant on training, business and curriculum standardisation globally.

How To Do A Round Textured Layered Haircut

Michael Cohen’s haircutting tutorial features a round textured layer and offers pointers on round layering, balance of internal shape, softening and finishing techniques and suitability.