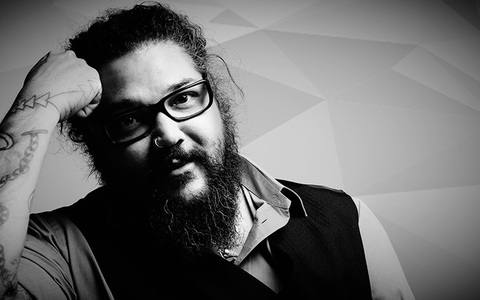 Martyn Holmes began his hairdressing career at a local salon group in Essex in the UK in 1984 and four years later, bought his first salon in Benfleet, Essex. From there he moved upwards to join a high profile celebrity salon, exposing him to numerous opportunities styling backstage at TV shows including TV AM, Later with Jools Holland and the Jonathan Ross Show. His dedication and skill meant he retained many of his celebrity clientele, including indie band Muse. In 2001 Martyn was keen to have his own shop again, and he eventually found the perfect blank canvas among the trendy bars, restaurants and boutique shops of Leigh-on-Sea, Essex. The Strangeways salon quickly becoming a thriving hot bed of hairdressing creativity and fully booked columns, spurring decades of loyalty from its clientele. Martyn’s hairdressing has constantly developed over the years, making him an excellent all-rounder, beginning in the ‘80s with a penchant for long hair, before moving on to concentrated precision cuts, and then becoming a fan of the avant-garde session trends of the 2000s. Between his fully booked salon column, A-list celebrity clients and being a council member with the Fellowship for British Hairdressing, Martyn doesn’t get much time to himself, but when he does, he enjoys Lambrettas and every kind of fishing!