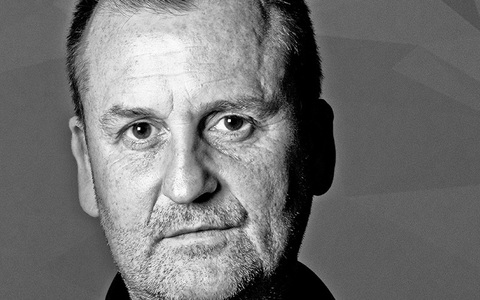 Learn how to cut hair with Graham Oglesby in these exclusive online hairdressing training videos on MHD.

Graham began hairdressing in the North of England, starting his career at Vidal Sassoon in Manchester, where his love of music provided him with a steady stream of local clients from the late 80s and early 90s music scene. Graham’s impressive list included names such as the Smiths’ Morrissey and Johnny Marr, Echo and The Bunnymen’s frontman Ian McCulloch and Factory record label boss Tony Wilson. London beckoned, and soon Graham was making his name at the Vidal Sassoon Academy as the Head of Teacher Training where he was involved in curriculum development, photographic work and platform work at shows around the world. After moving to Vancouver in Canada, Graham joined Suki's International and continued teaching while also travelling throughout North America performing at shows for the likes of L’Oreal, Wella and Goldwell. Seven years later he returned to Manchester where he took up a post as Hairdressing Lecturer and Programme Coordinator within Further Education. In the role, he was part of a team, including colourist Tracey Sajno, that raised the OFSTED status of the College he worked at and its Hairdressing Department to a Grade 1 as well as achieving the Learning and Skills Beacon status in 2008. Graham continues to teach privately, provide end-point assessment for hairdressing and barbering apprenticeships as well as servicing clients in a Bohemian suburb of Manchester - Chorlton.

How To Do A Mid Length Layered Blow Dry

Graham Oglesby demonstrates a number of blow drying techniques including wrap drying to remove moisture; building the supporting shape in the outline; and smoothing down the cuticle throughout the internal shape with various sizes of round brushes

Graham Oglesby's tutorial is a simple graduated shape with a bias disconnection.