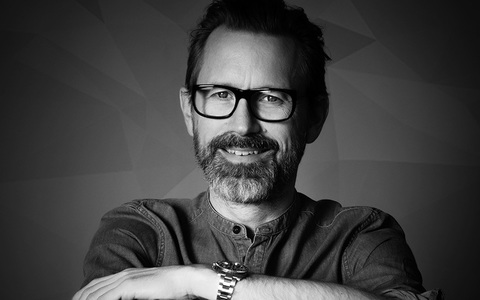 Learn how to cut hair and improve your hairdressing skills with Alexander Dinter's online hairdressing tutorials on MHD.

From a childhood spent in his family's South German salon to the international catwalks of Paris and Berlin, Alexander Dinter has established himself as one of the Germany's most respected hairdressers. Following his apprenticeship, he travelled to London to continue his training, gaining inspiration from British hairdressing before returning to work for Sassoon in Hamburg. After six years he went freelance and established his own training programme, before joining Aveda as Creative Director and travelling extensively for the company throughout Europe and the US for shows, shoots and collections.  After nine years, Alexander joined La Biosthetique as International Creative Director, working with the company on shows and collections. Alexander is instrumental in styling product development and promoting the brand throughout Europe.  His busy schedule still includes editorial shoots for many of Europe's major fashion magazines and he's a regular lead stylist at shows in Berlin and Paris Fashion Weeks.  Alexander has won the prestigious German Hairdresser of the Year award twice and also cut the hair for Andreas Kurkowitz's award as German Colourist of the Year.

Round Graduation With Circular Crown Disconnection

Alexander Dinter demonstrates a round graduated shape with disconnection through the top and a strong fringe. Techniques featured include sectioning, elevation, over-direction, disconnection and refining

How To Cut An A-Line Disconnected Haircut

Alexander Dinter's tutorial is a short symmetric haircut with graduation through the back and layering through the top.

How To Do A Combination Of One Length, Graduation & Layering

Alexander Dinter demonstrates a creative haircut featuring a combination of one length, graduation and layering with advice on hair quality, choice of technique, positioning of layering, methodology and suitability