The most influential and rebellious haircut in history!

With the arrival of the teenager in the 1950s, every generation and subculture has spawned a defining rebellious haircut. From Elvis’ quiff to the Beatles’ mop tops and the hippies’ long locks to Bowie’s feather cut and the punk Mohican, young people express their rebellion with their hair.

While they think they’re being outrageous and shocking, they are mere amateurs in comparison to one man who sported the world’s most rebellious haircut. One that has left a lasting influence on all men’s haircuts since he first wore it… in 1795!

The 5th Duke of Bedford Francis Russell was, somewhat ironically, a Whig politician and English aristocrat. He was responsible for the development of the Bloomsbury area of London, around Bloomsbury and Russell Squares. Back in the day, the Whigs were the precursors to today’s Liberal Democrat Party and one of two main UK parties. Their rivals were the Tories, who later became the Conservative Party. The two parties, in some form or other, controlled British politics for the best part of 300 years, until the 20th Century when the Liberal vote declined and the Labour movement grew. 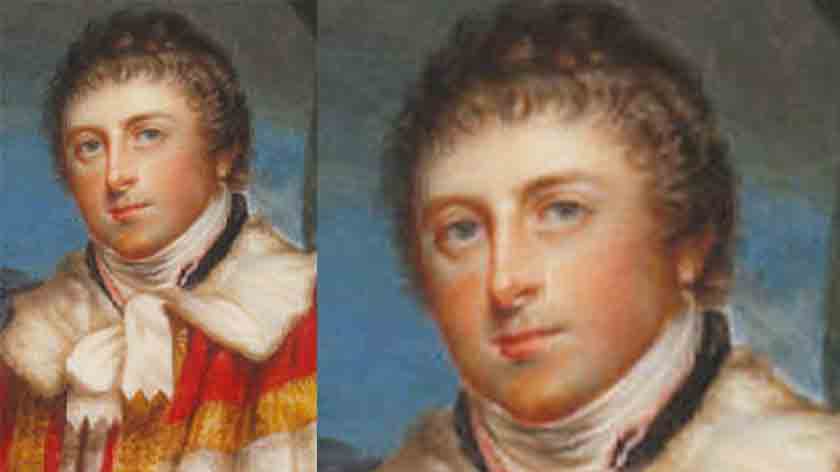 The 5th Duke of Bedford Francis Russell and his rebellious haircut

But what has this to do with hair?

Bear with me – there’s a fascinating history to tell. In the 16th Century, a new disease spread through Europe from the New World of the American Colonies. Syphilis is a sexual disease with the unfortunate side effect of producing hair loss (as well as more minor symptoms like madness, oozing sores and death). Wealthy sufferers began to wear wigs, initially to hide the effects of the STD, then as a fashion statement. 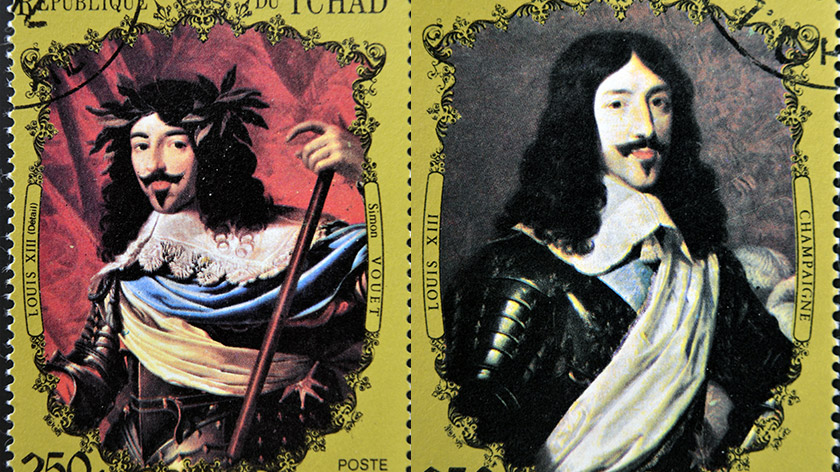 King Louis XIII being not bald

By 1620 King Louis XIII had taken wig wearing to an art form with highly elaborate and ornate wigs. It has been suggested that he merely suffered from male pattern baldness rather than the pox!

As the fashion crossed the continent men found another use for wigs. In an age of poor personal hygiene, lice were a major problem. Rather than the complicated rinse and repeat method of hair cleansing we use today, the gentlemen of the Enlightenment period would simply shave their heads and wear wigs. Problem solved in a not remotely over-elaborate way.

Wig styles changed over the ensuing 200 years, from elaborate, long or bouffant styles to smaller, shorter ponytailed wigs and tightly-rolled wigs. These survive today within the modern British legal system. By the 18th Century, the predominant style was for the wig to be as white as possible. This was achieved by adding copious amounts of flour to the wig if you were poor. The rich would use starch combined with pleasant smells such as lavender. As I have said, personal hygiene was a low priority in those days. 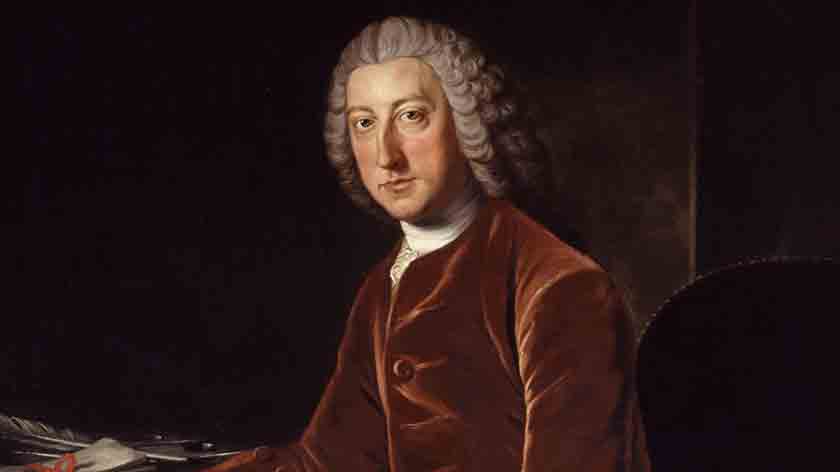 Eventually commercial wig powders became available and it was as popular as hairspray, waxes and mousses are today. So much wig powder was sold that in 1795, the Tory Prime Minister of Great Britain, William Pitt the Younger decided to tax anyone who used it. Britain was caught up in the French Revolutionary Wars of 1793-1802, not to be confused with the Napoleonic War, which was much later in 1803. There were a lot of wars with France.

Pitt decided that the income raised from a wig powder tax would help to pay for the war. He set a tax of 1 guinea, which then gave the paying wig wearer permission to buy wig powder for a year.

In modern terms, that’s approximately £70 or $100 per year just for the right to buy and wear hair wax!

Francis Russell was not happy about this new tax, both as a wig wearer and as a Whig politician. He was obviously a natural opponent to Pitt’s Tory government. In protest, he discarded his wig and scandalously cavorted around the Royal Court and Parliament wearing nothing but a short haircut. And clothes, he wasn’t stupid!

Such was his influence in polite society and so unpopular the tax, his rebellious haircut spread throughout London as a protest. It eventually filtered through to the lower orders and reached all parts of the Kingdom. Known as the ‘Bedford Level’, after marshlands at his ancestral home, the haircut became the symbol of revolt against the tax throughout the land. 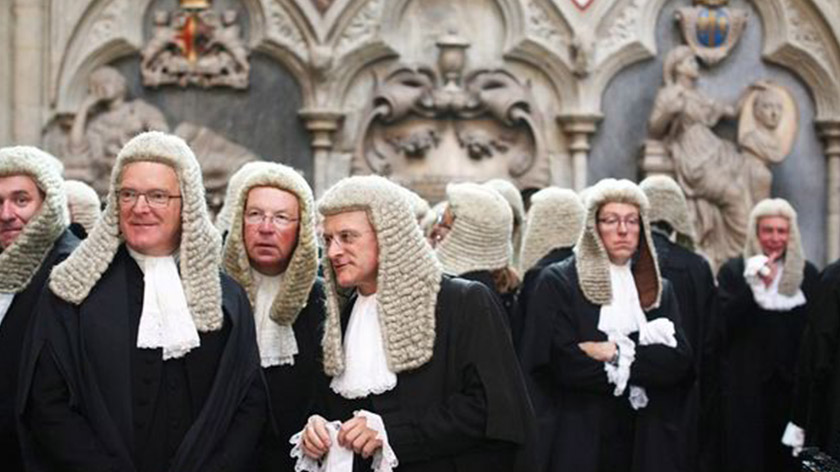 The wig quickly fell out of fashion as men returned to natural and short hair, and in 1869 the wig powder tax law was repealed. Only 1000 people were still paying it, mostly lawyers, judges and Elton John. Probably. 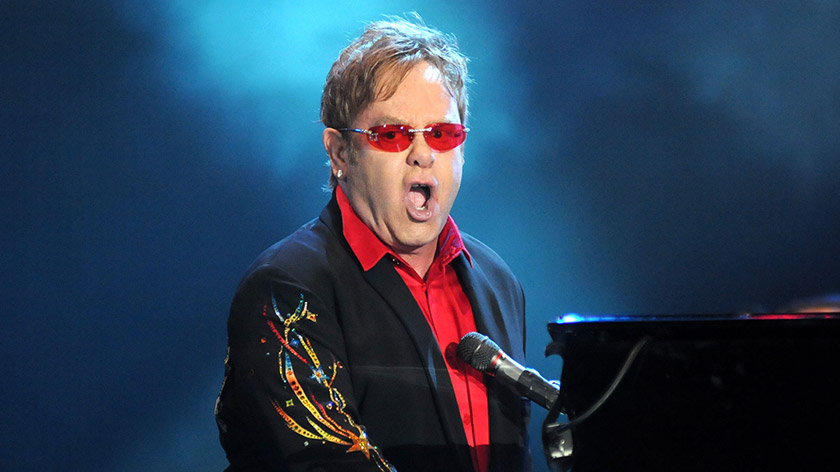 The Bedford Level stands as the most influential and rebellious haircut ever. It overturned a 300-year tradition of wig wearing and began a 200-year tradition of men’s barbering that lasts today. It is still the only haircut in history successfully worn as a political protest in Parliament and the Royal Court! 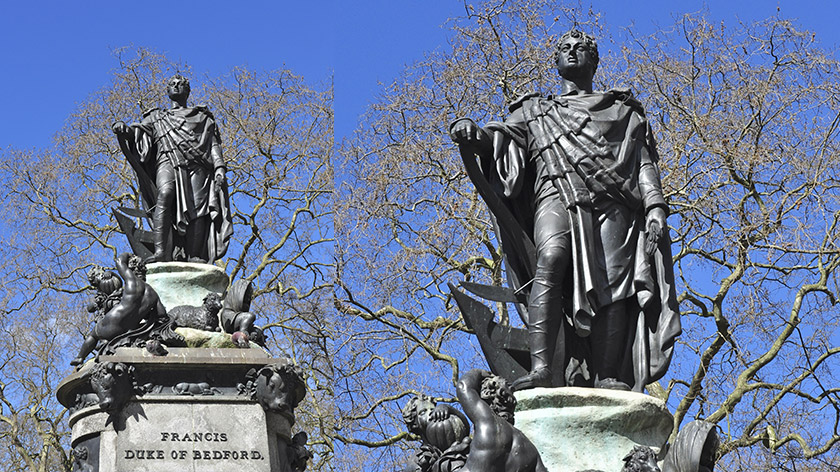 How many rebellious haircut wearers can claim a statue in the middle of London’s Russell Square?

Continue the fight against the Wig Powder Tax and help to bring down William Pitt The Younger’s government by learning the best men’s haircuts on MHD.